Designed on a distributed intelligent framework, each DALI device has on board memory that stores all relevant information about the device, including diagnostics, which reduces the technical requirements on the control system and the amount of data to be transmitted over the line. 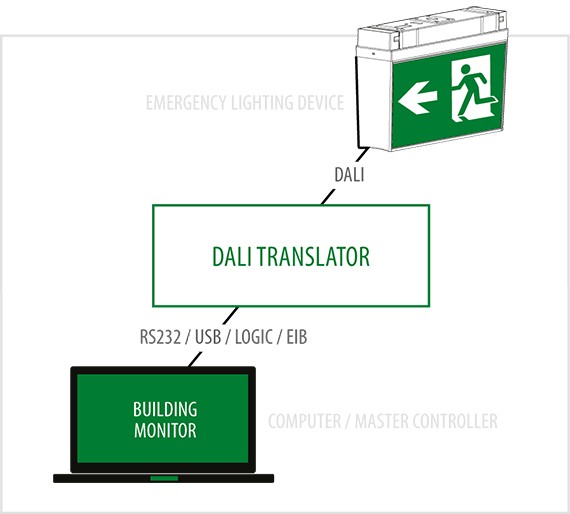 NATIVE SPEAKERS DO IT BETTER

Some control systems such as PLCs can talk DALI natively, whereas others may need a translator to assist in the communication, as seen in the diagram above. These translators are sometimes referred to as a DALI gateway.

Protocols that use DALI gateways are normally slower and add extra complexity to DALI as they need to translate all their sent commands from their native language (for example KNX, EIB, BACnet etc) into the DALI language, whereas a native DALI device can speak directly to the DALI devices (ballast, leds etc) without translating the language. 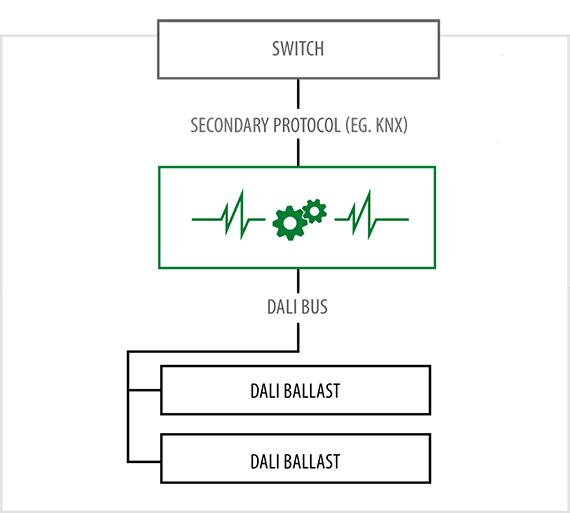 Ektor recommends using DALI products that have originated from suppliers which have a high knowledge in the DALI language, therefore minimizing this risk. 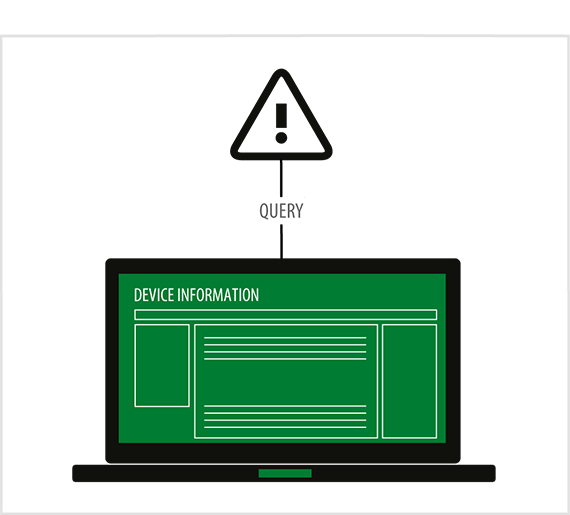 Unlike traditional lighting control protocols, DALI has bi-directional communication, allowing control systems to query data devices and obtain information about the status of each device.

Queried information can be as simple as current state (on/off) or more technical, such as lamp status or battery level in the case of an inverter. Scene selection and fault diagnostics are also available through DALI, making it very useful to use with building automation systems where remote supervising and service reports are required.